Dubai, UAE – October 13, 2018 – Filipino expats from Dubai and other parts of the UAE flocked in droves to Al Nasr Leisureland on September 28 to witness world-class performances from three of the Philippines’ top singing sensations this year at Pinoy Hype Dubai. BoybandPH, the TNT Boys and Janine Berdin wowed the crowds with their singing of both original and cover songs during the electrifying extravaganza organized by MERAB Events and Exhibition.

The event was sponsored by the Dofreeze company’s Eurocake division, which had representatives out and about over three days to share samples of sweet and savory treats. On day one, the Eurocake team went to The Philippine School to conduct product sampling and give away goodies to parents and kids, ultimately receiving glowing feedback about the company’s delicious brownies and cookies; they also heard from teachers who felt the Eurocake items represented the perfect snacks for both them and their students.

On day two, a press conference was held at Shakey’s Pizza Parlor in Dubai, a pizza restaurant chain based in the U.S. which was founded in 1954, where Eurocake reps gave away goodie bags to all members of the media in attendance and invited guests. Dofreeze Marketing Manager also noted that the company is in negotiations with Shakey’s for a partnership, with additional details forthcoming.

On the third and Pinoy Hype Dubai concert day, Eurocake representatives set out on a sampling mission to share the brand’s Soft and Chewy American-Style Cookies and Chocolate Chip Brownies with the crowd, which provided positive feedback and great praise concerning the treats. A collaboration with Shakey’s staff included prize giveaways for a “Hephep Hooray” game.

Pinoy Hype Dubai kicked off with sizzling song and musical performances by the Dubai Young Idols, comprised of singer Josh Labing-isa, violinist and singer Ian Tocle and Katrina Casia – recent winner of the Burjuman’s Rising Stars championship – which was followed by explosive singing from all three featured performers. The TNT Boys (Francis Concepcion, Mackie Empuerto and Kiefer Sanchez, who rose to stardom as Grand Champions for the second season of Your Face Sounds Familiar) belted out their popular covers including the Bee Gees’ “Too Much Heaven,” The Greatest Showman’s “This is Me” and Jessie J’s “Bang Bang” and “Flashlight.”

Ford Valencia, Joao Constancia, Niel Murillo, Russell Reyes, and Tristan Ramirez, collectively known as BoybandPH, swooned the ladies in the crowd with their slick dance moves and charm, evidenced by the hundreds of fans who swung their banners and tarpaulins wildly for their personal favorite band member. The winners of ABS-CBN’s reality show Pinoy Boyband Superstar performed Inigo Pascual’s “Dahil Sa’yo” as they descended from the stage to approach the audience, in addition to one of their latest original singles, “Pa’no Ba.”

“We would like to extend special thanks to Rob Paldez, Mylene Cinco and Tin Turrecha of MERAB Events and Exhibition for letting Eurocake be a part of this very special occasion,” concludes Aamer Fayyaz, Dofreeze LLC CEO.

Dofreeze LLC is located at Food and Beverage Zone, Dofreeze Road in Dubai and can be reached by calling +971 4 885 8330. For more information visit www.Dofreeze.com or email info@Dofreeze.com. 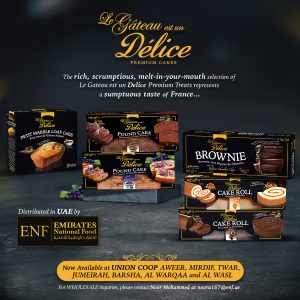 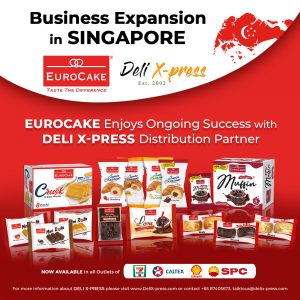 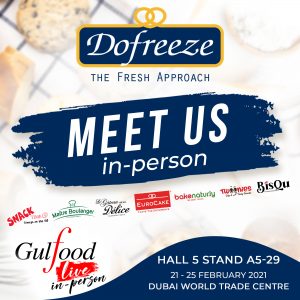 Dofreeze LLC Invites You to Meet Us at Gulfood 2021 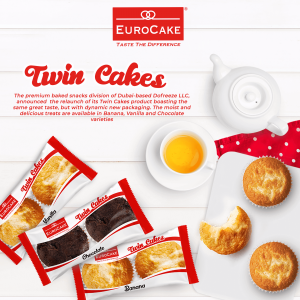 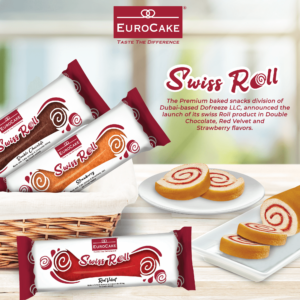